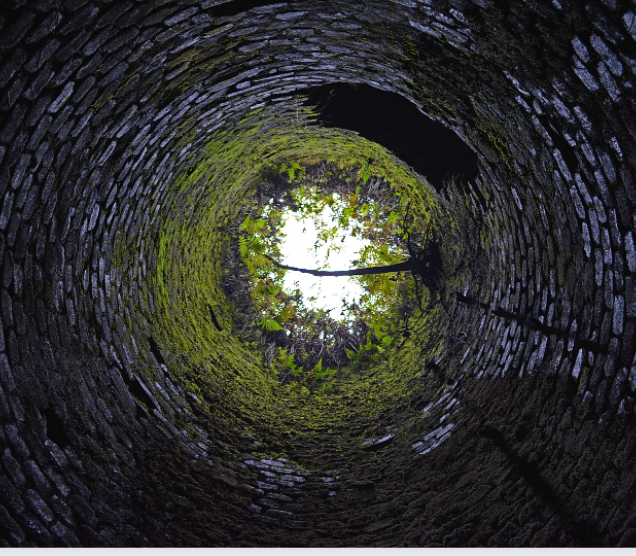 This Rock Bottom Prayer for a second chance connects us to God’s power to seek help, receive forgiveness and start with a clean slate.  The term rock bottom means being at the lowest possible level possible where there’s nowhere left to go.

I have nothing left to rely on, nowhere left to go

By not asking for help sooner

By not accepting the help that was available

By not wanting to change my way of life

By going after things that weren’t good for me

By hurting people who cared about me

God, I don’t want to live this way any more

But I don’t think I can change

Except for this one thing

Someone told me that the Bible says you give people second chances.

I really want to change

I am sorry for everything I’ve done wrong

I want you in my life

Teach me how to live a good life

Guide me to help.

The Bible tells us that we need to ask.  We have to seek if we want to find.  (Matthew 7:7)  When you pray to God from rock bottom he hears you and is ready to set a rescue in motion.

To understand this, pray and meditate over the story Jesus told about a son who reached rock bottom and decided to ask for help and a second chance.

The story of the prodigal son is a parable of Jesus told to assure us that God is ready to welcome us with open arms when we return to him at rock bottom.  Here are prayer principles you can use from this Bible passage today.  (Luke 15:11-32)

Mediate on how you got to rock bottom

In the parable, the younger son asked for his inheritance from his father in advance, then goes off and squanders it all on “wild living.”  His rock bottom comes when a famine hits and he’s penniless and the only job he can get is tending a herd of pigs.  He’s so starved he longed to eat the awful stuff being fed to the hogs.  And no one gave him anything to eat.

Ask God to help you come to your senses

The son hits rock bottom.   The Bible says that his horrible situation causes him to “come to his senses.” This is the power of rock bottom prayer.  It has the potential to change us because life has handed us what we deserved, and we suddenly realize how we got there.  And we also have a chance to decide to change our ways.

The destitute, starving son begins to see the value of the life he squandered.  He thinks about how even his father’s hired hands have more than enough food.

The son decides to go home to his father.  But he realizes that he’s wronged his father and broken his father’s heart by not valuing his inheritance or his father or his father’s values.  The son prays a rock bottom prayer, “I will say to him: Father, I have sinned against heaven and against you.  I am no longer worthy to be called your son; make me like one of your hired men.”  Luke 15:18,19.

Jesus goes on to tell us that while the son was still a long way off, his father saw him.  The son was probably, skinny, wearing rags, walking wearily and the haughty look on his face was gone.  Seeing his son like this fills the father is not filled with smug satisfaction that his son has learned the hard way and gotten what he deserved.  Instead the Bible says that the father was filled with compassion.

It’s amazing to think that even when we get what we deserve, God’s heart goes out to us when we suffer the consequences.  Before the son can tell his father he’s sorry and to beg to become a household servant, the father throws his arms around him and kisses him.

Confess your wrongdoings and ask for help

The son blurts out his confession about being sorry for his actions and offers to accept a position as a hired servant.

The father hears the confession and then unexpectedly gives the son more than he deserved and much more that he could have ever earned back.  His father welcomes him into the family and throws a party to celebrate his return.  Why?  The father says, “For his son of mine was dead and is alive again; he was lost and is found.”  (Luke 15:24)

Grace is described as getting something that we did not earn or deserve.  God forgives you.  He gives you the opportunity for a second chance.  In this story, the father welcomes the wayward son back into the family and honors him in ways the son doesn’t deserve.  The story later ends with the father saying, “We had to celebrate and be glad, because this brother of yours was dead and is alive again; he was lost and is found.”  (Luke 15:32)

If we confess our sins, he is faithful and just and will forgive us our sins and purify us from all unrighteousness.  I John 1:9

Praise the Lord, O my soul, and forget not all his benefits – who forgives all your sins and heals all your diseases, who redeems your life from the pit and crowns you with love and compassion, who satisfies your desires with good things so that your youth is renewed like the eagle’s.  Psalm 103:2-5

He lifted me out of the slimy pit, out of the mud and mire; he set my feet on a rock and gave me a firm place to stand.  Psalm 40:2

For God so  loved the world that he gave his one and only Son, that whoever believes in him shall not perish but have eternal life.  For God did not send his Son into the world to condem the world, but to save the world through him.  John 3:16,17

About this rock bottom prayer

The term “hit rock bottom” was popularized by Alcoholics Anonymous.  In psychology it means to fall to the lowest level possible where you have nothing else to lose because you’ve squandered it all.    Although rock bottom is most often framed in terms of drug addictions or alcoholism, it can be caused by any unhealthy or dysfunctional behaviors that take over your life.

Things that lead to rock bottom

In the case of the Biblical Prodigal son we cited earlier in this article, the son’s destructive behavior was  pleasure seeking that left him penniless and an outcast that no one pitied.  Other things that can lead to rock bottom include:

Refusal to acknowledge your faults and to seek help

Getting help at Rock Bottom

The key to getting help at rock bottom is deciding that you don’t want to live like this any longer and you’re willing to try changing.  God has provided many different means of help.  Often a good place to start is by contacting a church and talking to a pastor who can help you find help and who can pray with you.

Many years ago someone I cared about was in a very unhealthy and unsustainable life situation because of their issues.  Over time I learned that it was impossible for me to cushion all of their falls and I couldn’t really help them until they personally decided that they couldn’t go on living like that.  It was hard at stand by and see the kinds of things that happened to them, so I desperately depended on one simple prayer, “Lord, help them accept the help that’s available.”

I clung to the belief that as awful as rock bottom is, it can be a catalyst to change.  They kept going through some really rough life knocks and kept on refusing help.  It was after they hit the same rock bottom for the third time that something changed.  Medics intervened and got them to a center where they could regain their physical and emotional stability.  They accepted help.  And they recovered and got a second chance on life and have been stable every since.