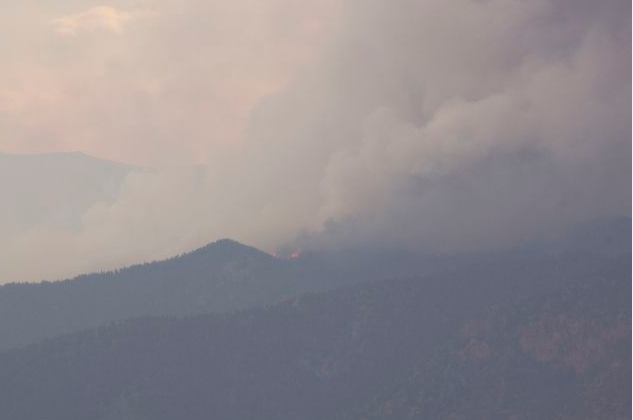 How to pray effectively for others who are in need of help but who are unable or unwilling to pray for themselves is called standing in the gap.  Standing in the gap is a form of intercessory prayer where our prayers bridge the gap between God and people who are cut off from God’s helping presence.  When we stand in the gap in prayer, we pray for God’s help, mercy, intervention and/or forgiveness on the behalf of individuals, groups of people or nations. 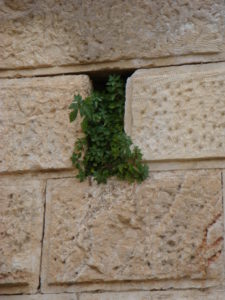 Examples of the kinds of situations where you might need to stand in the gap in prayer include:

–          Praying for those in a crisis situation who don’t know God and/or who may not know how to pray or who don’t believe in prayer.

–          Praying for those who are living in opposition to God through their unhealthy lifestyle, pride or rebellion.

–          Praying for communities, institutions, churches or workplaces where factions are battling for control.

–          Praying for those who don’t believe in God, or are angry at God or who are actively denouncing faith/religion

–          Praying against cultural and social conditions that are corrupt, evil or destructive.

–          Praying for the weak, ill, downtrodden or oppressed who cannot pray for themselves.

–          Praying for those going through the stress of a major life crisis whose mental energy may be drained to the point where they are unable to pray for themselves.

Here are some ways to stand in the gap in prayer for others.

We usually receive an inner calling to stand in the gap in prayer when: 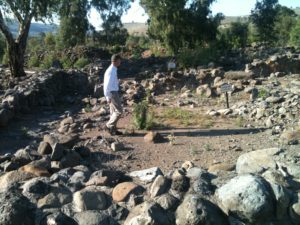 The term standing in the gap comes from the Bible verse in Ezekiel 22:30 that says, “I looked for a man among them who would build up the wall and stand before me in the gap on behalf of the land so I would not have to destroy it, but I found none.” (NIV)  In Bible times, cities had walls around them to help defend them from attack.  Broken parts of the wall created a physical gap in the city’s ability to protect itself from invading armies.  In this Bible verse, because there is a gap in the wall, God is looking for someone to step in and guard the broken, vulnerable territory.  I picture a well-armed warrior standing fearlessly in the breach, forcefully repelling any enemy soldiers who try to enter through the gap in the wall.  This is a visual picture of your role when you prayerfully stand in the gap through intercessory prayer.

3.  Ask God to help you identify why the wall is broken

In order to pray specifically first ask yourself, “What graces and spiritual strengths are missing from this situation?  What negative forces have created this gap?”

A quick reading of the prophets will give you an idea of the types of things that have created gaps since ancient times.   Here’s the problem Ezekiel saw in Ezekiel 13:5, “You have not gone up to the breaks in the wall to repair it for the house of Israel so that it will stand firm in the battle on the day of the Lord.” In this case, the gap was there because of neglect, lack of action, lack of priority and a false sense of security. Other sample reasons gaps exist include:

–          Pride, ego, depending on things such as money, education, military power and not on God

–          Neglect of personal faith, misusing religion for your own purposes

–          Oppressing others, anger, resentment, being unforgiving

Identifying the “gap” that exists that you will be bridging in prayer will enable you to pray very specifically against it.

Once God has helped you identify the gap or the underlying spiritual need, obstacle or lack, you are in a position to pray with authority.  One of the prime ways to do this is to choose Bible verses that speak to the specific issues.  Pray and claim these scriptures as part of your prayer.

Scriptures about the redemptive power of Christ are especially useful in all situations when standing in the gap in prayer.  Here are some verses about Christ’s power to bridge the ultimate gap between humanity and God our Father.  John 3:16; Matthew 26:28; Ephesians 1:7-10; Ephesians 2:13; Colossians 1:13,14.

5.  Be vigilant and persistent

Standing in the gap in prayer is often something you do more than a single time.  Usually, intercessors continue to pray at regular intervals figuratively standing in prayer in the same spiritual gap.  Isaiah 62:6,7 says, “I have posted watchmen on your walls, O Jerusalem; they will never be silent day or night.  You who call on the Lord, give yourselves no rest, and give him no rest till he establishes Jerusalem and makes her the praise of the earth.” 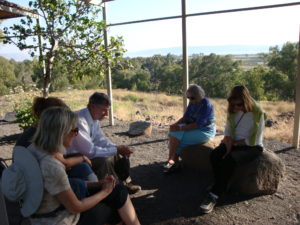 6.  Join with others standing in the gap

The verse from Isaiah 62:6,7 uses the plural form “watchmen” that tells us that God often provides other like-minded intercessors to join us in our vigil.  Just like different shifts taken by watchmen throughout the night, intercessors can help share the prayer load with each other by taking turns praying for the same issue or gap.

7.  Praise God for His mercy and compassion

When we stand in the gap praying for others, we are praying God’s heart for the world.  Isaiah 63:9 says,  “In all their distress he too was distressed, and the angel of his presence saved them.  In his love and mercy he redeemed them; he lifted them up and carried them all the days of old.”   (NIV)  Even though the situations for which we are praying may seem like lost causes, Christ assures us that he came to seek and find the lost in the parable of the lost sheep in Luke 15:1-7.  Before circumstances change, we can offer praise and thanksgiving to God for calling us to intercede and for his ability to restore the lost.

The morning I intended to set aside time to pray, I also decided to skip breakfast as a partial fast so I could devote myself to prayer.  I went to the back screen porch where I could be alone away from interruptions.  I opened my Bible and my journal and began reading in Psalm 28 where I had been reading the day before.   I read through the Psalm, pausing to write down the verses that seemed to speak to the situation I was praying about.  Then after each Psalm I wrote a prayerful response, claiming the Scripture for my friends.

Although I found journaling helpful, the actual technique of prayer used will vary by according to the individual.  Other ways of praying may include prayer postures, such as physically standing to pray or kneeling or lying on the floor.  Some prefer praying out loud in a private place while others silently pray while walking in an area that is significant to the prayer subject, such as doing a silent prayer walk around a school yard or through the bedroom of a family member.

When Someone Won’t Accept Help Prayer

A Biblical Prayer of Confession

How to Pray Scriptures

Travailing in Prayer for Yourself and Others 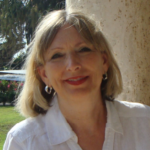 Posted in Intercession and tagged pray for others, stand in the gap