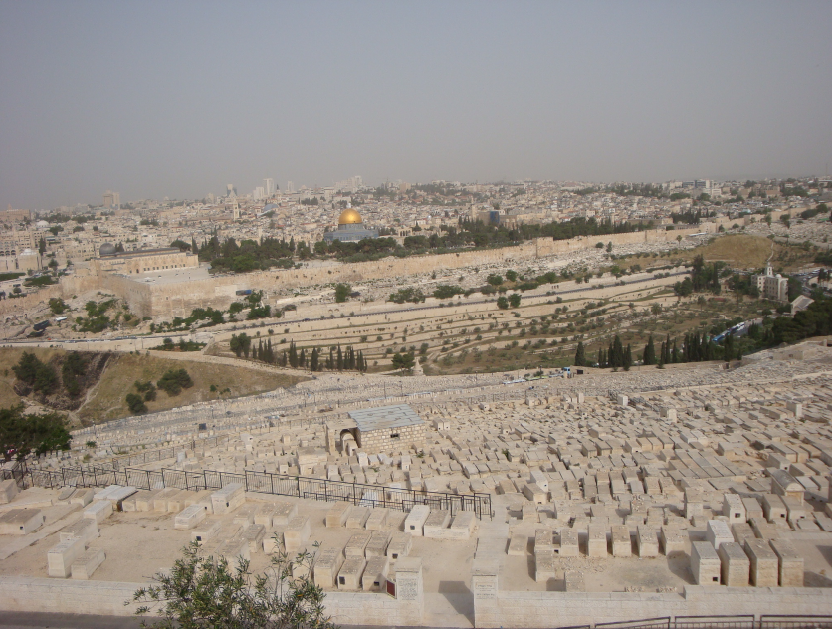 Our Palm Sunday Prayer was written to help you welcome Jesus Christ with thanksgiving and praise as residents of Jerusalem did thousands of years ago.  However Palm Sunday is also connected with tears for people who have not responded to Christ’s love.

On a prayer pilgrimage to Jerusalem several years I was first introduced to the incredible history and symbolism associated with the Mount of Olives where Jesus wept. 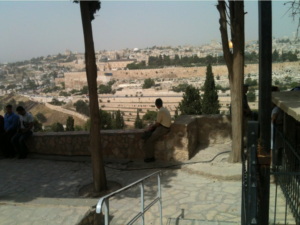 Luke says that as Jesus descended down the Mount of Olives to the jubilant shouts of the crowd, he unexpectedly became filled with sadness.  “As he approached Jerusalem and saw the city, he wept over it and said, ‘If you, even you, had only known on this day what would bring you peace – but now it is hidden from your eyes.   The days will come upon you when your enemies will build an embankment against you and encircle you and hem you in on every side…they will not leave one stone on another, because you did not recognize the time of God’s coming.’” (Luke 1 9:41-44 NIV)

King David Wept Fleeing Jerusalem over the Mount of Olives

King David wept as he was fleeing Jerusalem because his son Absalom had seized the throne from him.  2 Samuel 15:30 says, “But David continued up the Mount of Olives, weeping as he went; his head was covered and he was barefoot.  All the people with him covered their heads too and were weeping as they went up.”  David eventually regained the kingdom and his rebellious son, Absalom, is supposedly buried on the Mount of Olives. 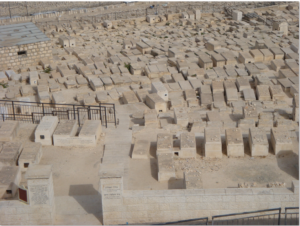 Since the First Century, Mourners Have Gathered on the Mount of Olives to Weep Over the Destruction of the Temple

The prophecy spoken by Jesus on Palm Sunday over Jerusalem came to pass in 70 AD when the Romans laid siege to Jerusalem and completely destroyed the Temple, leaving not a single stone standing on the other.  The Western Wall where many Jews go to pray today in Jerusalem isn’t a part of the Temple building but instead simply a remnant of the retaining wall built around the Temple Mount. 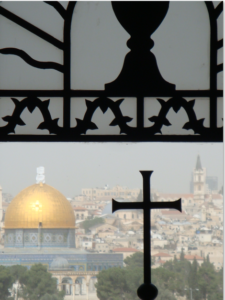 Lamenting: A Biblical Way to Combine Tears and Prayer

If you would like to learn more about the Biblical prayer tradition of laments to express your sorrow to God for the lost or for any sorrow, see our article How to Lament.

Posted in My Prayer Experiences and tagged Mount of Olives, Palm Sunday