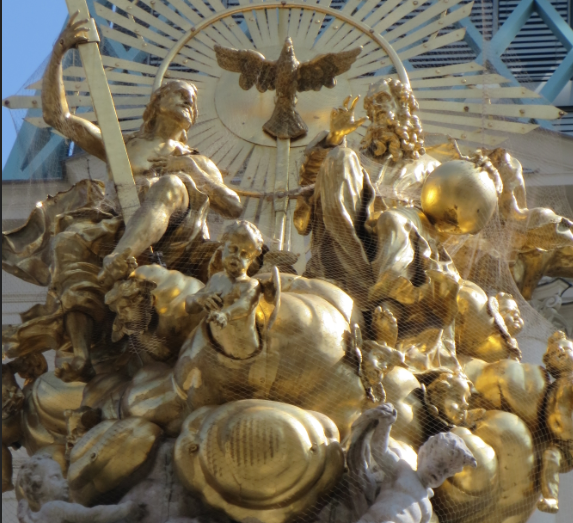 The Glory Be Prayer, also known as the Gloria Patri is a traditional Christian church prayer that gives glory to God for who He is and for the eternal nature of God’s Kingdom.   The prayer’s name comes from the first few words of the prayer, which are “Glory be to the Father.”  The name “Gloria Patri” is a Latin phrase which means glory to the Father.

Below is the Glory Be Prayer or the Gloria Patri Prayer, what it means and how you can use it as a strong personal prayer.

The Glory Be Prayer or the Gloria Patri Prayer

as it was in the beginning, is now, and ever shall be, world without end.”

The ending Amen is often added to the end of the prayer. 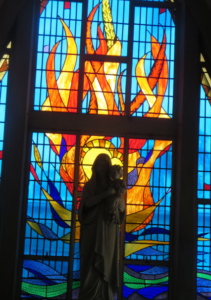 This prayer is used as a doxology, which means a short prayer or hymn of praise to God.  It is also sometimes called the “little doxology.”

It is used as part of the liturgy of the Mass and in other written prayers such as praying the hours, Novenas and the Rosary in the Catholic/liturgical tradition of the Christian Church.

Meaning of the Glory Be Prayer or the Gloria Patri

The words “glory be” mean that we are glorifying God in this prayer.  We are giving God the glory that is rightfully his and his alone.  Glorify means to exalt, worship, praise, honor, adore, thank and stand in awe of.

We glorify God in response to our ability to glimpse a small bit of his splendor, majesty, greatness, love and power.  The Bible tells us that God’s glory is so great and overpowering that it would overload our senses to the point of death. ( see Exodus 33:20)

Although we aren’t able to fully see God’s glory, we see reflections of it the beauty and majesty of what he has created.  The Bible says, “The heavens declare the glory of God; the skies proclaim the work of his hands.”  (Psalm 19:1 NIV)  We are also privileged to see a reflection of God’s glory through Jesus.  The Bible says of Jesus, “The Word became flesh and made his dwelling among us.  We have seen his glory, the glory of the One and Only who came from the Father, full of grace and truth.”  (John 1:14)

God’s glory attracts us, elevates us, excites us, captures us, transports us, transforms us.  God’s glory is also used to draw others to God.  It says in the Bible, “Declare his glory among the nations, his marvelous works among all the peoples!”  (1 Chronicles 16:24)

On the flip side, God’s creatures (human or heavenly) seeking glory for themselves is an affront to God.  The same goes for any of us giving glory to other created things or worshiping them instead of God.  In these two words “Glory be” we are not only recognizing that God is worthy of worship, but also that God alone is worthy of being worshipped and exalted. 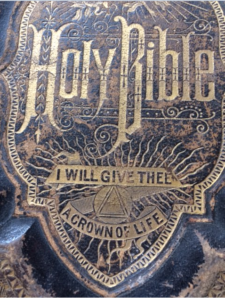 This prayer is unique because it addresses the three different persons of God called the Trinity.  The Trinity is made up of God the Father, God the Son (Jesus) and God the Holy Spirit.

This comes from the Bible where Jesus tells his disciples after he has risen from the dead and before he goes up into heaven that “All authority in heaven and on earth has been given to me.  Therefore go and make disciples of all nations, baptizing them in the name of the Father and of the Son and of the Holy Spirit, and teaching them to obey everything I have commanded you.  And surely I am with you always, to the very end of the age.”  (Matthew 28:18 -20 NIV)

The concept of the Trinity is one of the cornerstones of Christian theology.   It means that God the Father, Jesus and the Holy Spirit are equally God and also distinctive yet completely unified.  Jesus says of himself, “I and the Father are one.”  (John 10:30 NIV)  And Jesus says of the Holy Spirit, “And I will ask the Father, and he will give you another Counselor, to be with you forever – the Spirit of truth.”  (John 14:16 NIV)

This is why the Christian church worships Jesus in the same way we worship God and in prayer we often address “God,” “Jesus” and the “Holy Spirit” when we pray.

“As it was in the beginning, is now, and ever shall be”

The phrase reminds us of the eternal nature of God.  He was there before time began and he will be there when time ends.  He never changes.   The Bible declares, “’I am the Alpha and the Omega,’ says the Lord God, ‘who is and who was and who is to come, the Almighty.’’’ (Revelation 1:8 NIV)  The Bible describes Jesus as, “The same yesterday and today and forever.”  (Hebrews 13:8 NIV)

This prayer turns our thoughts to a different, eternal kind of world than the one in which we live.  Our lives here on earth will end in death.  A future time will come when even the earth itself will be no more.  John says in his vision of the end of time, “Then I saw a new heaven and a new earth, for the first heaven and the first earth had passed away, and there was no longer any sea.  I saw the Holy City, the new Jerusalem, coming down out of heaven from God.”  (Revelations 21:1-2 NIV)

Interestingly enough, although God is always the same and never changes, we (the redeemed who have chosen to accept Christ’s gift of salvation for ourselves) will undergo a transformation in order to live in this new heaven.   The Bible says, “For the trumpet will sound, the dead will be raised imperishable, and we will be changed…then the saying that is written will come true: ‘Death has been swallowed up in victory.  Where O death, is your victory?  Where, O death, is your sting?’” (First Corinthians 15: 52,54,55 NIV)

How to use the Glory Be prayer in your personal prayers

Any prayer that is easily remembered through repetition during church services and reciting traditional prayer can be also used as a personal prayer.

You can use the Glory Be prayer as:

A way to open or end your personal prayer times.

A breath prayer, which is a prayer that can be mentally or physically recited in the time it takes to breathe in and breathe out.  Experiment using different phrases of it as a breath prayer.

A song by looking up online the musical tune used in churches.

A way for deeper meditation on the nature of God.

A way to praise God while in nature

A way to refocus your mind and bring peace

A way to thank God for his goodness

I grew up in a Protestant church where we sang this prayer as part of the Sunday worship service.  As a result, I’ve memorized the words and can say them readily with no effort.

Growing up I didn’t give much thought to what these words meant, but as I learned more about my faith I realized how packed they are with meaning of the mysteries of God.  These are concepts that I would never be able to come up with on my own, especially since my prayers were so often focused on my own needs and the solutions to problems I could devise through my own reasoning power.

This prayer completely turns my focus toward the mysteries of faith, who God is and to things that are too hard to totally comprehend.  How could I imagine God’s world without end?  Or anything without end for that matter?

I also have found that this prayer is a wonderful bridge between different denominations.  Although I may not be familiar with the complete liturgy of another tradition, I can easily and be part of their worship as we recite together the Glory Be prayer.

Other articles of interest

The “Lord’s Prayer” or the “Our Father” Prayer