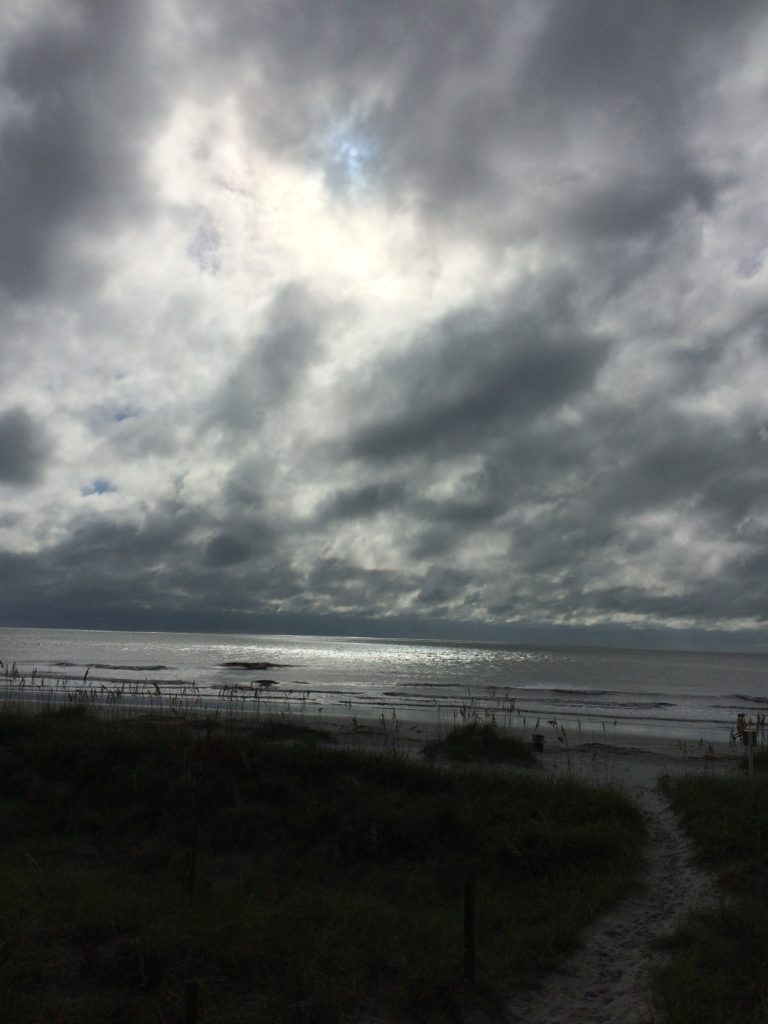 Unanswered prayer when problems don’t go away?  A surprising solution to unanswered prayer is found in the poem “Efficacy of Prayer” written by Francis Scott Key, who is famous for having written the US National Anthem “The Star Spangled Banner.”

The word efficacy means effectiveness or the ability to produce results.  By entitling this poem “Efficacy of Prayer” Scott is declaring that he believes that prayer works, even when it feels like our prayers have gone unanswered.

In the poem “Efficacy of Prayer” Scott doesn’t tell us exactly what troubling situation he was facing.  Apparently it was bad enough for him to feel afraid, fearful and even “appalled” at what was happening.

Like us, his first instinct was to pray for rescue.  He believed in God and he knew God was capable of acting on our behalf.

But God didn’t rescue him.  His prayer for rescue was unanswered.

Unanswered Prayer for the situation to go away

In his poem, Key next says he prayed that the situation itself would go away.  His words refer to when Jesus stilled the storm on the Sea of Galilee.  Mark 4:39 says, “He (Jesus) got up, rebuked the wind and said to the waves, ‘Quiet!  Be still!’  Then the wind died down and it was completely calm.”   (New International Version)

Unfortunately, Key’s situation didn’t improve, change or go away.  His second prayer was seemingly unanswered for a resolution for his problem.

Finding an answer to unanswered prayer by praying for something entirely different.

I invite you to read Key’s poem below to find out how he found God’s answer to his prayer even though he wasn’t rescued and even though his situation didn’t get better.

When troubles, wave on wave, assailed,

And fear my soul appalled,

I knew the Lord would rescue me,

And for deliverance called

Again I sought the Lord,

And prayed that he the waves would still

By his resistless word

But still they rushing came; again

And then I prayed for faith and strength

Whate’er he willed, to bear.

Then his felt presence was my strength,

His outstretched arm was nigh;

My head he raised, my heart he cheered,

Strong in that strength, I rose above

It drove me to a port of peace,

Within a Saviour’s arms. 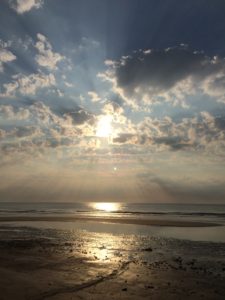 In this poem, Key finally finds God’s powerful response to his prayer – God answers by helping him feel the presence of his strength.

In this poem, Key is not relying on what he imagines God to be like.  Instead he bases this way of receiving God’s answer on timeless truths in the Bible that describe who God is and how he relates to us.  Here are some examples of scriptures that come to my mind for each verse of the poem that tells about God’s answering prayer with his strengthening presence.

And then I prayed for faith and strength

Whate’er he willed, to bear.

When Jesus was facing crucifixion and praying in anguish for God’s help in the Garden of Gethsemane right before he was arrested and tried, Jesus prayed.

Then his felt presence was my strength,

Seek the Lord and his strength; seek his presence continually!  (I Chronicles 16:11 English Standard version)

His outstretched arm was nigh;

“But the Lord, who brought you up out of Egypt with mighty power and outstretched arm, is the one you must worship.  To him you shall bow down and to him offer sacrifices.”  2 Kings 17:36 NIV)

My head he raised, my heart he cheered,

One night when the disciples were out on the lake in rough water, they saw what they feared was a ghost.  It turned out to be Jesus walking on the water.  Because they were terrified, Jesus said:

Strong in that strength, I rose above

“But those who hope in the Lord will renew their strength.  They will soar on wings like eagles, (Isaiah 40:31)

It drove me to a port of peace,

Within a Saviour’s arms.

He tends his flock like a shepherd; He gathers the lambs in his arms and carries them close to his heart;  (Isaiah 4 0 :11 NIV)

As mentioned earlier, Francis Scott Key wrote a poem that later was adopted as the American National Anthem.  The subject of this poem is very different than that of “Efficacy of Prayer” because this is a poem about victory, about a time when prayer was miraculously answered in the exact way that Scott had hoped.

Key was inspired to write The Star Spangled Banner when he was temporarily held on a British ship during the War of 1812 near Fort McHenry in Baltimore Harbor.  During the night as a fierce battle raged, he watched and waited restlessly for dawn to see if the American flag still flew over the fort.  When he saw the flag in the morning, he was overjoyed and was inspired to write the poem “The Defense of Fort McHenry” that later was adapted into an anthem.

Yet even in this poem about victory, in the last stanza Key makes a strong statement that we must acknowledge God as the one who saved us:

Blest with victory and peace, may the heav’n-rescued land,

Praise the power that hath made and preserved us a nation.

Even though the outcome was favorable for us as far as this particular battle was concerned, Key goes on to make a strong case that the way to continue surviving is to trust God.

Then conquer we must, for our cause it is just.

It’s interesting to note that this line of poetry may have led to a 1956 resolution that was passed making the United States motto “In God is our trust.”

This motto of trust is the basis for believing in the efficacy of prayer whether things are resolved as we had hoped or whether God instead answers our prayer by strengthening our trust and reliance on his helping presence.

Finding an Answer to Every Prayer

Praying for the Wrong Thing

Praying When You Receive a “No” Answer from God

← How much do you need a prayer chapel?Praying on Mardi Gras or Fat Tuesday? Surprising Reasons Why →