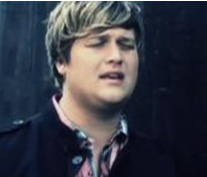 Name
“Someone Worth Dying For” by Mikes Chair

Although this song is narrated by someone offering a voice of encouragement it becomes a very personal prayer song by first describing common life disappointments and then describing our anguished prayers as if overhearing the questions in our hearts that we address to God, “God can you hear me? God are you listening? Am I more than flesh and bone?” At the heart of the prayer is the feeling that we couldn’t possibly be someone worth dying for. At the end the narrator has brought back the hope into our hearts that we are beautiful and so precious to God that He sent his son Jesus to die for us.

I don’t often give 5 ratings but this one gets a 5 because the music video was so beautiful and had such impact that it brought tears to my eyes. I highly recommend that you see the music video because it has a creative edge that passes intellect and goes straight to your heart. As the lyrics of the song tell a short story case of different people who feel an emptiness inside we’re introduced to a kindly gentleman with a camera. One by one he seeks out the lost ones who are asking God if they’re worth dying for. He takes their photos one by one. In a very creative move the camera lens looks us directly in the eye onscreen and we see the reflection of a face being photographed in it. The kindly photographer then goes back to the people and hands them a photo with a small cover over it. As he leaves, each person opens the page and looks at the photo and they’re surprised to see that the camera has captured much more than their faces. It has also captured with it the people in their lives from whom they have been alienated, showing them with smiles of joy together. If you’re ever wondering if God is listening to your prayers, watch this video!