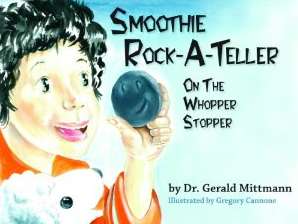 Description
This book makes a great family devotional for five nights. It offers devotional questions after each of the five chapters along with a suggested prayer. This book ministers best to children ages 4-10. Adults will love it too.

There is a story in the Bible about a WHOPPER of a giant who did not love God. Everything about him was whopper: he was whopper tall, whopper strong, and whopper mean! Everyone was afraid of this giant, except for one.

This is David and Goliath told from the eyes of the littlest one. No, not from David (the watcher of the baa-baa-mini-cloud-walkers), but the rock who saw it all!

Now, rocks don’t walk, and rocks don’t talk, but if they could… they would tell you of the time a whopper champion came looking for a whopper fight with the army of Israel, and how God used one small boy to bring him down with a simple whopper stopper!

Posted in Devotional Books and tagged children's devotional
← Sanctuary of the Soul by Richard J. FosterSurprised by Prayer by Karen Barber →