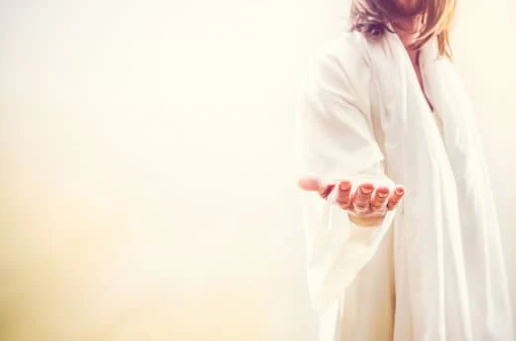 Have you ever wondered how you will react when Jesus meets you when you die?  Our family treasures an experience that defies explanation that my mother Sheila recalls when her Dad, Grandpa Tyner, died.

Grandpa Tyner’s Miraculous Moments on the Threshold of Heaven

One particular night in June of 2003 my mom, Sheila, woke up at 3am and felt like she had slept for eight hours.  The truth was that mom had only been asleep for two or three hours.  It had been a long day at the hospital caring for her dad, my Grandpa Tyner, and she had flopped down in the bed next to dad after getting home way too late.  Even though she had fallen asleep fast and slept deeply, mom was now wide awake at the wrong time of the day.

Grandpa Tyner was in the hospital, but not for much longer.  The Parkinson’s combined with prostate cancer had almost robbed him of life.  The Parkinson’s caused him to be unable to move any of his extremities, sit up, or turn over.  The disease had taken down this man I always viewed as larger than life.   Unable to swallow without aspirating into his lungs, Grandpa was on oxygen and it was only a matter of time.

After waking up and feeling refreshed, mom decided to go to the hospital and just sit next to her dad.  She grabbed her Bible and purse, and made the three minute drive over to the hospital.  Once there, mom pulled a chair up next to grandpa’s bedside and started to read.  Mom doesn’t remember what she was reading, but what happened next is something that she will never forget.

As mom sat reading, the oxygen mask hissed with the flow of air into the face mask covering grandpa’s nose and mouth.  A heart monitor beeped out his weakening rhythm.  Unable to fully close his eyes nor open them all the way, grandpa’s eyelids had narrowed to just slits of an opening.  It’s important to know this detail because as my mom was reading she happened to look up at an incredible sight.  All at once grandpa Tyner’s eyes flew open as wide as physically possible.

My mom recounted that moment and what followed to me:

“The look in his eyes was one of wonder and awe.  It was like dad couldn’t get enough of what he was seeing.  He was looking straight ahead and up toward the area above his bed where the opposite wall and ceiling met, and I leaned over to look in the same direction, as if I could see what he was seeing.”

The very next moment after his eyes shot open wide, grandpa sat up straight in the bed without ever taking his eyes off of whatever he was seeing.  Remember the Parkinson’s?  He wasn’t supposed to be able to do this.  To change his bedding at the hospital, an orderly would come into the room and pick grandpa up and cradle him as a father or mother would cradle a small child.  But in this wondrous moment, supernatural strength enabled him to sit up, and then, to reach.

Grandpa’s arm came up off of the bed from his side, and it was as if he was straining to reach and grab hold of something.  Or someone.

A few moments later, his arm came down and he laid back down on the bed.  Mom sat there stunned.  What had she just witnessed?  What had her dad just seen, and what or who was he reaching for?

“What did you see,Dad?  Who did you see?  Did you see Jesus?  Were you reaching for him?”

The questions stopped a few minutes later when grandpa Tyner’s eyes once again shot open as wide as his eyelids and eye sockets would allow.  This time he reached up toward the same spot and then sat bolt upright in bed.  He wasn’t just reaching up, there was a strain to try and grab hold of what or whoever it was he was seeing.

Then, he laid back down, put his arm down, and his eyes went back to being slits of openings.

The oxygen continued to flow and grandpa Tyner’s heart continued to beat on that 22nd day of June in 2003 until later that day when he took his last breath and his faith became sight.

Here are truths from the Bible that explain Grandpa Tyner’s experiences.

“Beloved, we are God’s children now, and what we will be has not yet appeared; but we know that when he appears we shall be like him, because we shall see him as he is.” (1 John 3:2, ESV)

“For now we see in a mirror dimly, but then face to face. Now I know in part; then I shall know fully, even as I have been fully known.” (1 Corinthians 13:12 ESV)

Jesus said: “Let not your hearts be troubled.  Believe in God;  believe also in me. In my Father’s house are many rooms. If it were not so, would I have told you that I go to prepare a place for you? And if I go and prepare a place for you, I will come again and will take you to myself, that where I am you may be also. (John 14:1-3, ESV)

My family and I believe that the one who Grandpa Tyner was reaching for was indeed Jesus, himself.  We believe that his eyes were opened to see through the curtain that separates this world from the next, and that he had no reservations about going.  In fact, his body reacted supernaturally to the presence of Jesus in that moment and did things that it was not supposed to be able to do.

That’s the thing about God and who He is.  He is Father, Son, and Holy Spirit.  He is the Creator of this universe, and as the creator, he has the authority to bend the laws of physics and bodily structure to his will.  This is the same God who turned water into wine, healed blind eyes, made lepers clean, made the lame to walk, made the deaf hear, put people back into their right minds by casting out demons, and raised the dead.  It’s not a far stretch to believe that he could enable my grandfather to do things medical science said he could not do.

I submit that when God heals a physical ailment he exercises his authority to make things right.  It is permissible for God to operate outside the laws of physics because he is the author of those laws.  He created matter, so he is able to reorganize matter in the order in which He desires.  He does these things for our good.  In this particular moment, we believe that grandpa Tyner reacted to the presence of Jesus and his body did incomprehensible things in reaching for his Creator.

Glimpses of Heaven Await All Who Believe

My mom being able to witness her dad reaching up toward heaven is a memory that she will always cherish, and a story that we can pass down through the generations.  It was also God being kind.  In His lovingkindness, he gave her a glimpse of what awaits those who believe.  This was a moment that allowed my mom the real context of the passage in Thessalonians from the Apostle Paul:

“But we do not want you to be uninformed, brothers, about those who are asleep, that you may not grieve as others do who have no hope. For since we believe that Jesus died and rose again, even so, through Jesus, God will bring with him those who have fallen asleep.” (1 Thessalonians 4:13-14 ESV, emphasis mine)

For my grandpa Tyner, this was not the end.  His life on earth was at its end, but he will live eternally with a new body and will be with Jesus, the One whom I believe he was reaching for that night.

Even in a moment so close to death He can remind us that the goal we are reaching for is to be with Him.

“Not that I have already obtained this or am already perfect, but I press on to make it my own, because Christ Jesus has made me his own. Brothers, I do not consider that I have made it my own. But one thing I do: forgetting what lies behind and straining forward to what lies ahead, I press on toward the goal for the prize of the upward call of God in Christ Jesus.” (Philippians 3:12-14, ESV)

“And after you have suffered a little while, the God of all grace, who has called you to his eternal glory in Christ, will himself restore, confirm, strengthen, and establish you.” (1 Peter 5:10, ESV)

“Let the heavens praise your wonders, O Lord, your faithfulness in the assembly of the holy ones!  For who in the skies can be compared to the Lord?  Who among the heavenly beings is like the Lord, a God greatly to be feared in the council of the holy ones, and awesome above all who are around him?  O Lord God of hosts, who is mighty as you are, O Lord, with your faithfulness all around you?  You rule the raging of the sea; when its waves rise, you still them.” (Psalm 89:5-9, ESV)

“The Lord is high above all nations, and his glory above the heavens!  Who is like the Lord our God, who is seated on high, who looks far down on the heavens and the earth?  He raises the poor from the dust and lifts the needy from the ash heap, to make them sit with princes, with the princes of his people.  He gives the barren woman a home, making her the joyous mother of children.  Praise the Lord!” (Psalm 113:4-9, ESV)

Seeing Jesus When We Die Prayer

Pray with me: “Father God, thank you that You are the prize.  Being in your presence rights all wrongs.  We thank you for your promise to make all things new again, and that when we see you, and are changed to be like you, we will be made whole.  Sin and sickness will be far from us, and in your presence we will indeed find the rest and fulfillment of life we have all been looking for all of our lives.  Thank you for the wondrous display of your glory in our lives, and for moments that we can cherish, knowing that You were the author of that moment.  May we never forget these moments, and may we never forget your lovingkindness and steadfast love.  For your beautiful name I pray, amen.”

Other Articles by David Shelton

Praying the Forgiveness of the Cross 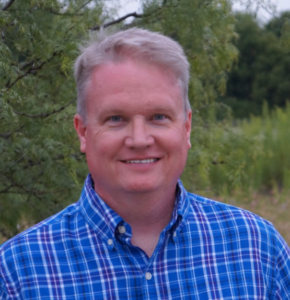 Posted in Life Situations and tagged death, near death