What should you pray if you are offering a prayer at a public meeting?  Public prayers are often customary to begin meetings or events, such as prayers at city council meetings, prayers to begin legislature sessions, prayers at commencement ceremonies, prayers to begin a nonprofit board meeting,  inauguration prayers, memorial service prayers or prayers of dedication for new buildings or facilities.  Often those asked to offer these prayers are local religious leaders, however lay people may also be chosen as prayer leaders because of their connection to the organization.  Here are some ideas on how to pray at public events where there is a diversity of religious backgrounds. 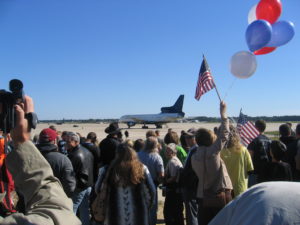 1.  Ask the event organizer the purpose of the prayer.

The more you know about the event, organization and purpose of the prayer, the better able you will be to form an appropriate prayer.  When talking with the event organizer, take notes of what they describe as the purpose of the prayer and if possible, incorporate it into the opening line of your prayer.  For instance, “God we come before you today honoring the faithful service of our retiring police chief…”

Also, be sure to ask how much time has been allotted on the agenda for the prayer, how big the group will be and whether you will be using a microphone.

2.  Become aware of the legal guidelines on public prayer

In 2014 the Supreme Court upheld the right of the participants in a local city council meeting to begin with a spoken prayer given by an individual chosen from the community.  The Court termed such prayers “ceremonial and in keeping with the nation’s traditions” as well as “part of the nation’s fabric” and not in violation of the Constitutional right of freedom of religion.  Justice Kennedy wrote, “The inclusion of brief, ceremonial prayer as part of a larger exercise in civic recognition suggests that its purpose and effect are to acknowledge religious leaders and the institutions they represent, rather than to exclude or coerce nonbelievers.”

It was further ruled that public leaders should not ask those praying to remove any references to Jesus Christ or other religious figures because doing so would turn the public officials into censors.  It was also stated, “Government may not mandate a civic religion that stifles any but the most generic reference to the sacred any more than it may prescribe a religious orthodoxy.”

However, bear in mind that other rulings seem to put certain limits on prayer according to the age group such as children or high school graduates where care must be taken to avoid going against the wishes of parents regarding religious upbringing.   There are also standards about whether audience members are easily able to excuse themselves from the room during the prayer if they so desire, which is impossible if you are a graduate sitting on state.

Other legal considerations for the sponsoring public organizations such as a city council is to be proactive concerning fairness and balance, offering a chance for leaders from diverse religious backgrounds to have their turn leading the prayer. 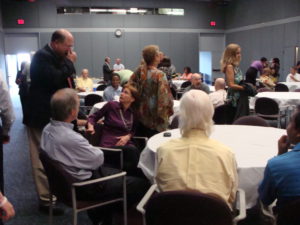 When considering what to pray, remember that your audience may include those of many religious backgrounds and those of no religious background at all.  Ask God to help you say a prayer that follows the example of Jesus who formed relationships with all – Jews, Gentiles and those outside of the embrace of organized religion – by being kind, caring, authentic, humble, truthful, healing, loving and personally interested in their well being.  See yourself as more than just a speaker offering words, but rather as a bridge bringing God’s caring presence to your audience.   If possible, arrive early to the meeting and personally shake hands with audience members, showing warmth and interest in them as an individual.  Your body language, facial expressions, tone of voice and gestures of friendship are always more important than your words.

4.  Write out your prayer in advance.

It is advisable to write out your prayer beforehand when preparing to offer a public prayer.  Most of those who offer public prayers bring written notes with them which they read word for word when they pray.  This serves a number of purposes.  It enables you think through beforehand what God might be leading you to say.  It also helps if you suddenly experience stage fright in front of an audience and forget what you meant to pray.  And finally, it helps you avoid spontaneously saying things that might be misconstrued by the listeners.

5.  Avoid “in house” and theological language.

Often when we are praying in our own church groups we use language that all of us are familiar with and understand.  We might mention sanctification, or Calvary, Gethsemane or the sword of the spirit.  These may not hold any meaning to those who were not brought up in the church or who have never read the Bible.  Again, following the example of Christ, it’s best to speak plainly in ways that others can understand using simple conversational language.

6.  If you use Scripture in your prayer, mention where it can be found in the Bible.

Since audience members may not be familiar with the Bible, if you are quoting Scripture it is best in your prayer to introduce a Bible passage by saying something like, “As we think of our retiring police chief we remember the words of Jesus who said in the Bible in Matthew chapter 25, ‘Well done good and faithful servant.’”   It also is a good idea to quote from a version of the Bible with language that is as close to today’s English as possible.

7.  Avoid phrases or statements that are offensive to other religions or criticize their beliefs.

There is plenty of common ground for prayer without broaching controversial differences of beliefs in a diverse audience.  For instance, in private church group it is perfectly acceptable to pray fervently for  the “unchurched” however when offering a public prayer it is wise to avoid prayers that label people as insiders or outsiders.

8.  Avoid language that sounds like you are trying to convert audience members.

This is one of the guidelines set out by the court rulings on public prayer that such prayers should not be used as an opportunity to try and persuade people to be converted or join a particular church.

9.  Be true to your own faith in your prayer yet also be sensitive to others.

You do not have to use general phrases that sanitize God out of your prayer.  According to the rulings cited in this article, you are not legally required to address God in politically correct ways such as the “unknown force behind the cosmos.”  You can address God by any name you are lead to use that has meaning to you and which you feel will have meaning to your audience.  I personally in my private prayers address God by an interchangeable variety of names, sometimes saying God, Father, Jesus, Lord,  Savior, etc. but I might choose to address God as simply God or as Creator of the universe, our loving Creator, Creator of us all etc. in a public prayer.

I do this because I realize that audiences may react to each of God’s names differently.  For instance, Father may not be the best choice when praying with a women’s rights group whose members are very sensitive to language that is not gender neutral.  It makes sense in that case to say God instead of Father to avoid creating unnecessary barriers to your desire to bring God’s presence and blessings to the group.

There is also no need to prove or explain your faith in the prayer.  The very fact that you are praying is bearing witness to the fact that you believe that there is a God who hears prayer and who is interested in our welfare here on earth and who is capable of helping us in our endeavors.

10.  Pray words of blessing and thankfulness.

I often say, “God bless you today” when I interact with strangers such as cashiers.  I have never encountered any hostility to this phrase.  On the contrary, most people thank me.  Even practitioners of other world religions seem to welcome words of blessing.  No matter what the occasion, prayers of blessing are always appropriate.    The same goes for prayers of thankfulness.  It’s quite powerful for others to hear a prayer thanking God for something they have done or accomplished and for the good they have done in the community and in our world.

There are many positive graces to request in public prayer.  They include guidance, cooperation, community spirit, success of endeavors, unity, a spirit of service, safety, restoration, provision, endurance, wisdom, freedom, justice and good will.