What happens when we pray hard and long for justice and we lose?  Inspirational writer David Shelton cries out for justice and finds none here on earth.  Join him as he searches and finds a powerful way to go on in spite of the glaring injustices of life.

I sat in my truck dumbfounded.  I stared straight ahead as over the phone my attorney read out the judge’s decision.  My attorney was only going over the bullet points, but it was as though he was hammering me with a 2-pound lineman’s hammer.  I felt every blow.

Not only did we lose, but we lost big time.

I could not believe that with the evidence we submitted, the testimony given, and the prayers we had prayed, the judge would rule against us.   Where was the justice in this ruling?  This was hardly fair.  How could God let this happen?  Where was God in this judge’s ruling?  Didn’t God remember all of our prayers to Him that implored His divine intervention so that the judge would rule in our favor?  Did He not remember our tears, the late nights, the hard work involved in gathering the evidence?

After I heard the judge’s ruling I wanted to cry.  I wanted to shout in anger.  When I finally let the anger out, it was not a pretty moment.  I could not see God’s hand in anything that was happening to us.  I was having trouble seeing Him in anything.

Where was the justice?

Have you had a similar experience?  Have you asked God for justice in your situation?

In light of all of that, let me take you to a garden.  It’s late.  As we walk into the garden we notice three men seated on the ground underneath an Olive tree.  All three men look peaceful, resting as though they had once been on guard because of the defensive circle they had formed.  Sleep has overtaken them and now deep breathing is all we hear from them. 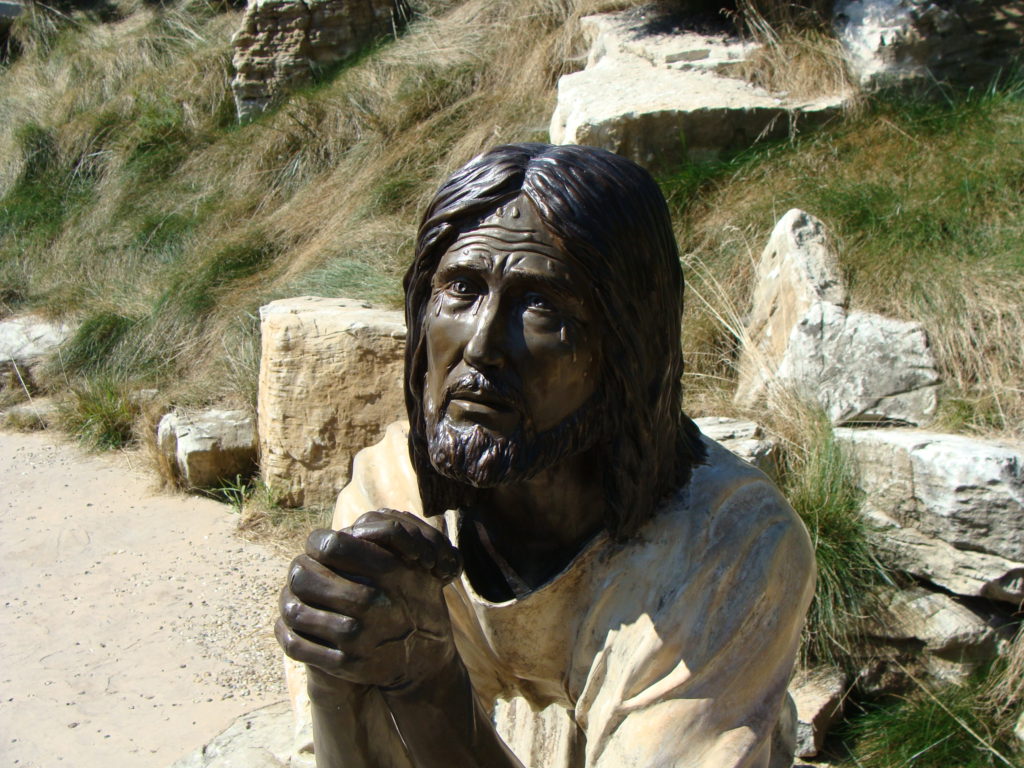 A little ways away we hear a voice.  Someone sounds as if he is in anguish.  “Dad, if there is any other way, please don’t make me do this!”  The struggle for justice has begun.

Now let me take you to a crowd on a hillside that overlooks the city.  Hours have passed since we were in the garden. The crowd shouts jeers and insults at three men being given the ultimate in capital punishment: crucifixion.  We notice that the derogatory remarks all seem to be aimed at one of the three condemned men.  We are shocked that the leaders of this crowd that has become a mob are the local church leadership.

What has happened here?

Where is the justice?

The struggle for justice that started in a garden has continued through the night and has culminated in one man being punished to satisfy justice.  “Justice must be served!”

The Law demands a penalty for breaking the Law.  Crimes committed against the Lawgiver must be accounted for, penalties are due, and there must be a sacrifice to pay said penalties.  So we watch as one man pays all of those penalties.  We watch as He struggles to breathe.  We watch His body wracked with pain as it convulses against the wood that He is nailed to.  We watch as the sins of every man and woman who has and will ever live are passed through this man.  This man has never known any sin.  Guilt and shame flood His mind.  Every wrong committed, every thought, every word and every deed of all of humanity pass through Him and we cannot comprehend the agony from the sin.

The sky has become as dark as night as the sun hides from the justice being served out on one man.

Finally, we hear words from this figure that is barely recognizable as a human being.  His struggle seems to be over.  He tells his best friend “Look after my mom.”  (John 19:26-27)

With satisfaction and relief in His voice we hear his final words, “Dad, I entrust you with my spirit.”  (Luke 23:46, MSG)

Now justice has been served.  The Law has been satisfied.  The penalty paid.  Jesus Christ died for all of our sins.  He died the death that we should have died.  He paid the penalty we all should pay.  He alone has served the justice required for the crimes we have committed against the Law, and the Lawgiver.

Friend, at the end of the day, you and I do not want justice as it should be administered to us.  What we want is a watered-down version of justice that satisfies our own selfish desires.  All we really want is payback, not justice.

Has the sting of the judgment against me gone away never to be felt again?  No.  I understand that God is in charge of justice.  Payback was from my selfishness, and not part of God’s plan for my life.

With God planted firmly in charge of all things, including justice, His son, Jesus Christ, paid the penalty that justice demanded, and instead of the justice we deserve, we are granted Grace.

Indeed, we have all received grace after grace from His fullness,
for the law was given through Moses, grace and truth came through Jesus Christ.

In light of what happened in this situation I had to go back and read my own writing and wind up standing with Job to say “blessed be the name of the Lord”.  That was hard to do, but if I believe what I write, then I had to follow my own words.

Search me, God, and know my heart;
test me and know my concerns.
See if there is any offensive way in me;
lead me in the everlasting way. (Psalm 139:23-24, HCSB)

Allow God to show you the areas of concern in your own heart.  He may be leading you back to follow the instruction Jesus gave to us when He said: “Seek first the kingdom of God and His righteousness…” (Matthew 6:33a, HCSB)

“Turn your eyes upon Jesus

Look full in His wonderful face,

And the things of earth will grow strangely dim,

In the light of His glory and grace.”