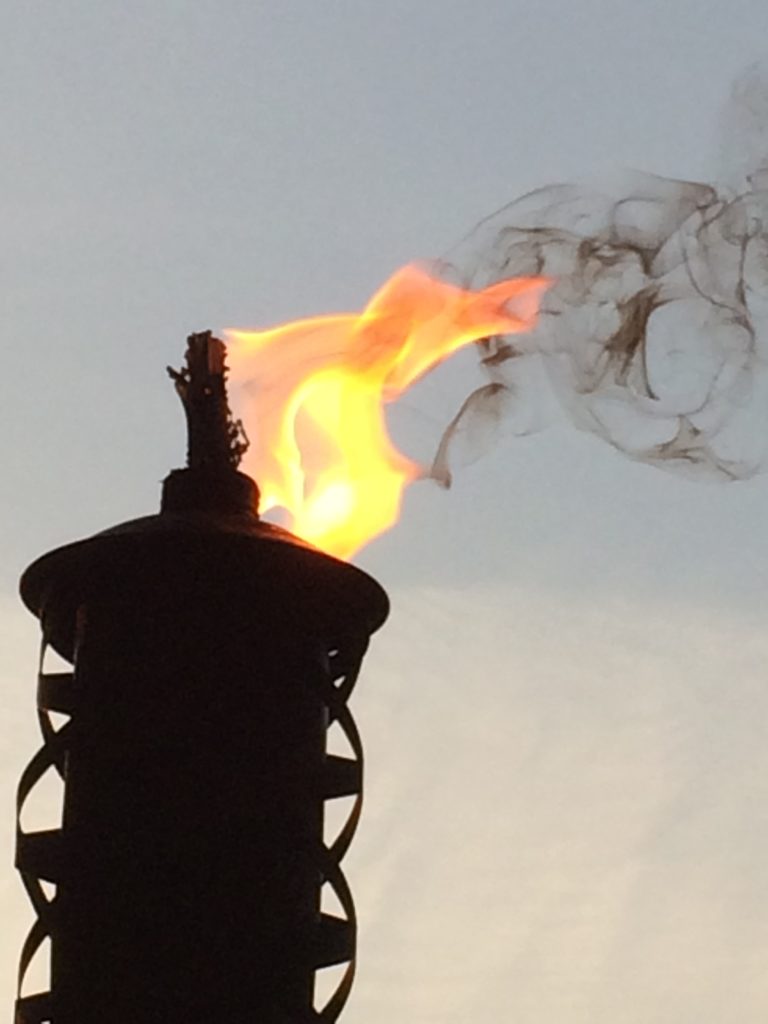 How do you pray when everything in your life seems to be taken away from you in a moment in time?

I sat listening as my friend  Karl told me about such a moment in his life that I call the “Job moment”, after the man in the Bible named Job who was severely tested when he lost everything.   Here’s what my friend Karl described as his “Job moment”.

Karl sat back in the chair dumbfounded.  His mind raced to process what had just been told to him.  The pastor sat across the desk staring at Karl and waited for a response.  The pastor had just told Karl that he would sign the drawn up contract, resign the following Sunday and speak to no one about what had just happened in that room.  Karl was to tell no one of the contract that forced him to be silent so that Karl could receive a severance package over the next two months.  The contract also forced him and his family to move out of the parsonage in two months time.  If there was any damage to the home deemed unreasonable the cost to repair the damage would be deducted from the final paycheck.

Karl sat there lost for just a moment reflecting on the past six months.  Hospitalized for a week in January due to a pinhole perforation in his lower intestine, he came home to the pastor telling Karl that his job performance was poor.  Karl was the minister of Music, Administration and Children for the small church that average 150 in church.  Karl had also been given the task over overseeing Vacation Bible School and taking the children to camp later in the summer.  It was not long after this poor job review that Karl came down with a severe case of bronchitis. His voice was not anywhere it was supposed to be, but anyone who has battled this illness knows that your voice suffers when your lungs have fluid in them.  All of the coughing irritates the vocal chords.

Now, his ministry and job were being taken away by a group of people in the church, of all places, who did not want the rest of the congregation to know what was happening.

Karl was in his “Job moment”.

What happened to Job in the Bible 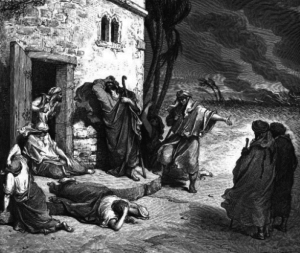 “There was a man in the land of Uz whose name was Job, and that man was blameless and upright, one who feared God and turned away from evil. There were born to him seven sons and three daughters. He possessed 7,000 sheep, 3,000 camels, 500 yoke of oxen, and 500 female donkeys, and very many servants, so that this man was the greatest of all the people of the east.”  (Job 1:1-3, ESV)

“Now there was a day when the sons of God came to present themselves before the LORD, and Satan also came among them. The LORD said to Satan, “From where have you come?” Satan answered the LORD and said, “From going to and fro on the earth, and from walking up and down on it.” And the LORD said to Satan, “Have you considered my servant Job, that there is none like him on the earth, a blameless and upright man, who fears God and turns away from evil?” Then Satan answered the LORD and said, “Does Job fear God for no reason? Have you not put a hedge around him and his house and all that he has, on every side? You have blessed the work of his hands, and his possessions have increased in the land. But stretch out your hand and touch all that he has, and he will curse you to your face.” And the LORD said to Satan, “Behold, all that he has is in your hand. Only against him do not stretch out your hand.” So Satan went out from the presence of the LORD.”  (Job 1:6-12)

How do you react to a Job moment?

This is the “Job moment”  Everything is gone.  What do you do?  It doesn’t have to be a minister losing his job; it could be you losing your family, your home, your career and all of it in an instant.  The important question to ask here is not “Why”, but “What”.  What will you do?  Do you shake your fist to heaven and blame God for every bad thing that happened or do you respond like Job did.

“Then Job arose and tore his robe and shaved his head and fell on the ground and worshiped. And he said, “Naked I came from my mother’s womb, and naked shall I return. The LORD gave, and the LORD has taken away; blessed be the name of the LORD.” In all this Job did not sin or charge God with wrong.”  (Job 1:20-22, ESV)

What I told my friend Karl in his Job moment 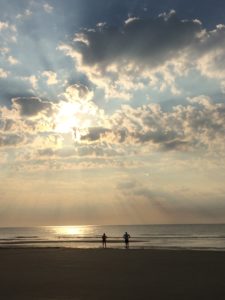 I sat with my friend, Karl, and asked him the very same question.  I reminded him of Job and how this was his “Job moment”.  The choice to reject God and the Church he has faithfully served for over 20 years, or run toward God and let Him be God.  I encourage him every week to run towards God and lead his family to worship God.  God did not let Karl down.  God did not fire Karl.  God did not draw up the secret contract.  God did not force Karl and his family to vacate the parsonage.  These things were done by fallen, sinful men.

I too have suffered from hurtful situations.  In those situations I have looked around and found that Job’s response is the only response.  I have had to say in some very tough times that God “give and takes away”, especially when I don’t understand.

Are you in this moment right now?  Are you looking around to see where everyone has run off to?

Scriptures of protection for your “Job moment”

The name of the Lord is a strong tower; the righteous man runs into it and is safe. (Proverbs 18:10, ESV)

Hear my cry, O God, listen to my prayer; from the end of the earth I call to you when my heart is faint.  Lead me to the rock that is higher than I, for you have been my refuge, a strong tower against the enemy.  Let me dwell in your tent forever!  Let me take refuge under the shelter of your wings!  (Psalm 61:1-4, ESV)

“Father, we cry out to you.  We have no other one in all of the world who will love us as you do, and care for us as you do…even when we are hurting as bad as we are hurting right now.  Be near.  Show us your presence and your glory.  Show us that it is not you who is intent on causing us pain or hurt.  Please give us your peace that is only found in you.  You alone are good.  You alone are worthy.  You alone are God.  You alone love us as none other will ever love us.  Hear our cry, O God, and listen to our prayer.  In the name of your son, Jesus, whose life, death and resurrection made this relationship possible, amen.

Using Laments to Offer Prayers Complaining about Loss and Injustice

How to Survive Pain and Tragedy

Other Articles by David Shelton

Praying for a Future Spouse after Divorce

Praying When You Receive a “No” Answer from God

Praying When Your Heart Fails

Prayer for God’s Strength One Step at a Time

Posted in Life Situations and tagged Job in the Bible, loss, prayer