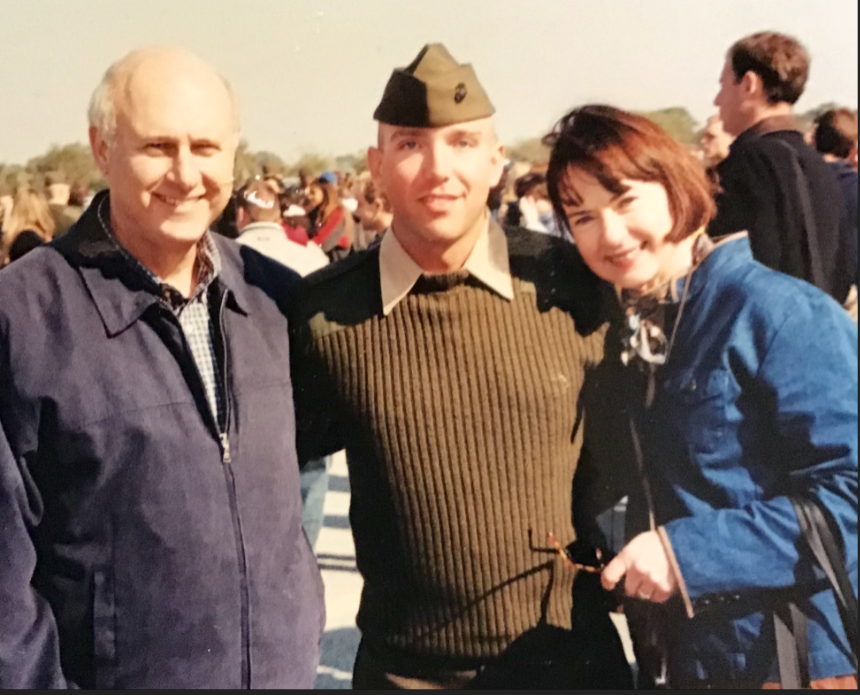 This Military Basic Training Prayer and Boot Camp Prayer can be used by family and friends to support their loved ones during this demanding physical and mental preparation for service.  Military basic training, also sometimes called boot camp, involves weeks of intensive training in physical strength, conditioning and endurance as well as training in military values, discipline, tactics, weaponry, survival skills and teamwork.

Because basic training is extremely demanding, praying for recruits is a very effective way to support them.  Here is a Military Basic Training Prayer created and used by Priscilla Carroll when her son Brad went through Marine basic training.

We bring to you our loved one ______(name)  who you gave to us.  How quickly the time has passed.  They have grown up now to be an adult.  We thank You for choosing us as their parents and giving us the privilege of raising them under Your watchful care.  Many prayers have been said for them by us and others and we thank You, that you have heard them all and answered them according to Your own wisdom and direction that You have always had for them.

Now, Father, we come to You again in prayer, as ______prepares to leave for training in the United States Armed Forces.  You have guided them in pursuit of this goal and we pray that the good work You have begun in ______will be overseen with Your supervision and love of them as they leave to complete this training.

We ask you to help him in every expectation the military has of them.  We ask You to make all things possible for _____ as they face the standards and goals that the military has for them.  If anything seems impossible to them, we ask You to strengthen them with Your power in order for them to achieve whatever is expected.

We pray that You will put ______ in the company of Godly influences who show them  Your ways of excellence.  We pray that You will use these people to impress upon them the importance of following and obeying Your rules and laws to be successful as a member of the Armed Forces and as Your child.

We ask you to place ______ into Your protective custody so that they may finish all that is required without any delays.  We pray that Your angels would be assigned to keep them in all the ways You have planned for them to follow.

We turn ______ completely over to You for all of Your good works in them to be secured.  We trust that our prayer in the Name of Your Son, Jesus, by His power, by His Spirit and by His Blood will be answered to Your glory as we await ____’s  graduation and their official recognition as a member of the Armed Forces in service to You and their country.

Our Love and Trust is in You, Father  AMEN 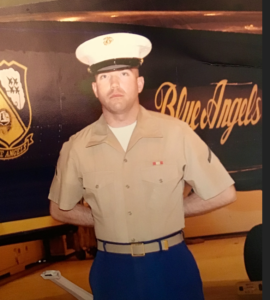 Brad was adopted into our family when he was 4 days old. As his  parents, we were hopeful that other children would follow. However, as it turned out, there would be just the three of us. Brad was a loving child and we enjoyed his company growing up in our home together.  He attended public schools and was a good student throughout elementary, middle school and high school. We were thankful he was well-suited to learning.

When he graduated from high school, he attended a small community college nearby. As time passed, he seemed distracted in finishing his first year of college. It was then that he decided to join the Marines.

My husband and I were surprised to learn about Brad’s interest in the Marines, but we were willing to listen to a new plan and where Brad thought he was going with it.

We did some research on the subject that included watching a video showing the Marines and their duties protecting our country. In addition, Brad even spent some time in the local recruiting office of the Marines getting his thoughts and plans together.

One trip to the recruiting office resulted in a math lesson that Brad was asked to teach to another possible recruit who had arrived there earlier. Evidently, it had been a successful lesson and the Marine recruiters asked Brad to help them with teaching other recruits while he was waiting for his Marine papers to be processed.

He came home later that evening with great satisfaction knowing he had helped someone. We found out he was called on other occasions to do the same favor to others. We were so proud he was making connections with future Marines who may be serving with him. Finally, after all Brad’s efforts and our prayers, the time to join the Marines was getting closer. Brad’s confidence increased that he could complete his Marine training at Parris Island. Thank God for this favor! At this point, we were feeling better about his decision and believed he was on course with what he wanted to do at this stage of his life.

Brad was blessed to stay on course and complete ALL of his Marine training. One of the greatest thrills we experienced was when we went to Brad’s graduation and the Drill Sergeant from his platoon caught up with us as we were leaving the barracks to go back home. He hurriedly got our attention and wanted to speak to us about the honor and privilege he had in training Brad. He told us Brad had been a strong example of a Marine. We interpreted the Sergeant’s words to us as a “well-done, good and faithful servant” message. We took a memorable picture of Brad and his Drill Sergeant before we left Parris Island and thanked God for all our blessings as we drove home. 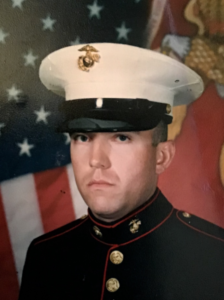 After basic training and further training Brad was stationed in Yuma, Arizona where he was an aircraft mechanic. While in Yuma, he met the woman who would become his wife and they were married. Later they had two sons while he was stationed in Yuma. With all the rigors and challenges he faced we realized he needed our continuing prayers for him to overcome and succeed.

After four years in the Marines and a back injury, Brad decided to leave the Marines under a health-related status. He received an honorable discharge.

Prayer When a Son or Daughter Leaves Home 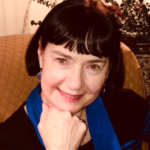 Priscilla Carroll is a retired elementary school teacher, having taught in Alabama, Florida and Georgia. Priscilla is a graduate of Athens College (now Athens State University in Alabama) and holds a Master of Education degree from the University of Georgia. Priscilla is one of the founding members of the Community Bible Study (CBS) in Athens, GA. CBS ministers to over 200 women in the Athens area. In CBS she has been a faithful member for over 20 years and has served in several leadership capacities. Currently, she is on the CBS Bible Study team that offers weekly classes to women in the Athens/Clarke County Jail. Priscilla is a member of Athens First United Methodist Church and serves as a Coordinator in the Disciple’s Adult Sunday Class. Priscilla is the mother of one son and has two grandsons. She is married to Archie, a retired professor at the University of Georgia. In 2018, they celebrated their 50th wedding anniversary.