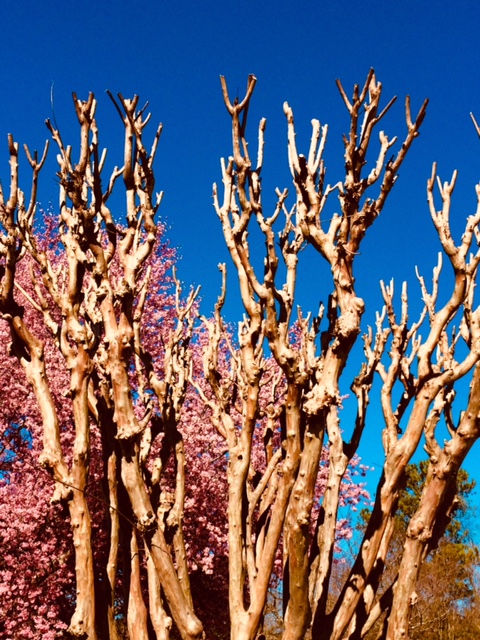 This all together prayer group idea is where everyone prays out loud at the same time on the same subject using their own words.  All together prayer goes by several names.  In the US it often is called a prayer concert because of the sound of everyone’s voice blending together like a choir.  It is most widely practiced in Korea where it is called Tongsung Kido or “all together prayer.”  It is also known as Korean Prayer.

How to do all together prayer

Here are the steps to take to do all together prayer or a prayer concert or Tongsung Kido Korean prayer.

All together prayer works best in medium to large groups which can include 10-12 people up to a whole congregation of hundreds.  If you try all together prayer in too small a group, individuals will find it hard to concentrate on their own prayers because they will overhear too distinctly what other individuals are saying.

The ideal group size creates an atmosphere where you can hear your own prayers against a backdrop of a hum or buzz of indistinct prayerful voices.

Designate a leader for all together prayer

The leader’s job in Tongsung Kido is to initiate the prayer topics and to introduce new ones when the leader senses that the prayer buzz on the current topic is quieting down and stopping.

Before trying all together prayer you may worry that it won’t work because it seems hard to know how or when to quiet down everyone for the next prayer topic.  Don’t worry.  The prayers will die down on their own until there’s only one or two people still praying.  Once they hear themselves praying out loud alone, the last group members still praying will end their prayer so the leader can go on to the next subject.

Once the leader has designated a topic of prayer, everyone in the group begins praying at the same time using their own words and whatever thoughts the Holy Spirit brings to their mind.

When it’s time to do all together prayer, simply tell God how you feel, what you think, what the needs might be or what God’s desire might be for the situation you’re praying about.  Pray naturally.

In Tongsung Kido if you can’t think of specific things to pray, use your voice to repeat phrases such as, “God have mercy” or “Bless them Lord.”   You can also pray a Bible verse that comes to mind.  Or if you don’t know what to say, pray, “Lord, help me to pray.”  The goal is to keep your voice engaged with your heart and spirit as you pray together with others.

Keep in mind that although you are praying out loud around others, they aren’t hearing what you’re saying because they are voicing their own prayers.  You don’t have to worry about how lofty your words sound.  You don’t have to pray in full sentences or remember names or to make sure you cover every aspect of the situation you’re praying about.  You’re in a room full of people who are covering the subject, so just cover the part God puts on your heart to pray.

Enjoy the advantages of all together prayer

Tongsung Kido or all together prayer has some amazing advantages that can be used to fit a number of needs both for those praying and also for the things that they are praying about.

When your minister formed the short term all together prayer group, I saw that complex subjects could be covered in a much shorter period of time.  I did the math:  There were 12 of us praying together and we prayed for about 45 minutes.  Since each individual was praying a unique prayer at the same time, it worked out to 540 minutes in traditional group prayer time where one person prayed at a time and everyone else listened to and agreed to the words of their prayer!  That’s 9 hours of prayer vs. 45 minutes of covering a topic one person at a time.

I’ve discovered that many of us suffer from a version of stage fright when it comes to praying out loud in front of other people.  We feel tongue tied or we’re intimidated by how eloquent other people sound when they’re praying.  We’re afraid to say the wrong thing.  Or we feel that we don’t know enough about God, the Bible or the situation we’re praying about.

All together prayer or Tongsung Kido helps us become more comfortable praying out loud with others because no one is hearing what we’re saying.  We can learn to speak whatever is on our heart without worrying about whether our grammar is correct or we’re using theological words.

Hearing our voices raised up together makes prayer more tangible.  All together prayer helps us move beyond words to feel together the emotion and intensity of the prayer time.  We experience the emotional movement beyond words by hearing the collective tone of voice which can range from happy and boisterous to sorrowful and pleading.   We can see the posture of those praying that shows the state of their hearts such as heads bowed or hands lifted up.

The longer you pray all together on a subject, the more the group becomes united in spirit and the many voices become one.

When emotions or needs are being strongly felt, all together prayer can be a source of comfort and empowerment.  Joining in prayer with others helps us feel connected instead of alone and hopeful instead of discouraged.

Many of us, during times of great personal turmoil, avoid praying with others because we’re afraid we‘ll break down emotionally and not be able to say anything coherent.  In all together prayer, literally crying out to God emotionally is possible as we allow the more articulate prayers of those around us to surround us with God’s helping power.

Here are some different settings in which I have seen all together prayer at work:

In a prayer huddle on a youth mission trip

When I was an adult chaperone on a youth mission trip we had a team meeting every afternoon.  The leader broke the chaperones up into groups of around 12 which he called a prayer huddle.  We circled around shoulder to shoulder with are arms around each other, leaned our heads forward together and prayed out loud together at the same time with our group.

On a Zoom or online prayer meeting

The all together prayer time I mentioned earlier with our minister was actually a zoom prayer meeting of about 12 people.  The minister told us all to unmute our microphones and we prayed all together online.  In this particular prayer group, two missionaries from Paraguay joined us.  They prayed in Spanish while we prayed in English and it worked beautifully because we weren’t dwelling on understanding individual words but on the unity of prayers.

With a large congregation

I interviewed a member of a large faith community that met in a gymnasium where he described a prayer meeting with hundreds of people.  A member of their group was in the hospital close to death due to loss of blood and they all joined together in voice and spirit praying for her healing.  He described an hour of prayer at the end of which he said he felt a movement of spiritual energy “like a bolt of lightning” leaving the room.  The member in the hospital began to improve at that very hour and went on to a full recovery.

At a Christian conference

A friend who attended a Christian conference told how the leader led them in what they called a prayer concert, where they all prayed together at the same time about the theme of the conference, which was repentance and revival.

All together praying is one of the different ways that Christians pray out loud together in groups.  Here are some of the other traditional ways so you can compare them to all together prayer and decide which ones might work best for your group:

This is where everyone in the group prays out loud using the same words.  The words are either read our loud together or memorized so everyone will say the same thing. One of the most popular examples of this is The Lord’s Prayer also known as The Our Father, which many congregations recites out loud together during worship services.

Traditonal one person praying out loud at a time group prayer

In this type of group prayer, members take turns praying out loud while the other group members pray in silent agreement or quietly express agreement as they listen to what the person is praying.

In this type of group prayer, a leader prays and then the rest of the group responds out loud with something that they all say together.  These are often written prayers where the group is given cues in the text as to when to pray their response.   An example of a group response might be, “Lord have mercy” or “We give thanks to the Lord.”

My personal experiences with all together prayer

In my personal experience, all together prayer hasn’t been used frequently in the churches I have attended.  In most of cases, I have participated in unison prayer and responsive prayers in church services.  In 99% of my group prayer experiences we have used the one person praying out loud at a time format.

I first learned about all together prayer from a young Korean woman who joined our church.  She didn’t feel confident in praying in English, so when we prayed together I told her to pray in Korean and I would pray in English.  Although we didn’t pray out loud together at the same time, this experience had elements of all together praying because although I couldn’t distinctly understand the words of her prayer, I could feel the spirit and depth of it.

I asked if she would meet with me and tell me about all together prayer or Korean prayer.  She told me how her mother, even when she became ill with a disabling disease, would walk several miles to church every morning before the sun rose to kneel together with others for an hour of prayer.  I took notes when my friend told me about Tongsong prayer.

I realized that I had actually experienced all together prayer previously in the prayer huddle I mentioned as a chaperone of the youth mission project.  A few years later when our new minister formed a Zoom prayer group, he surprised us all by formatting it as an all together prayer experience online!  It was something we’d never done before!

When I first started doing all together prayer, I was so used to hearing what everyone prayed, I thought I would miss out on something.  What were the missionaries praying about?  And the choir director?  And the youth director?    I had to shift my expectations.  It brought me back to the heart of prayer, which is making it about God and not about us.

Posted in Prayer Groups and tagged all together prayer, prayer out loud, praying with each other