I discovered that seeing answers to prayer during long term life problems is possible when you keep your confidence and trust in the presence of Christ one prayer at a time. 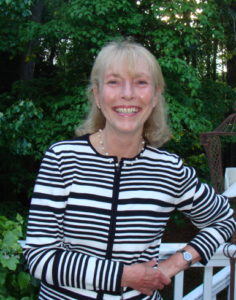 1.  Accept the fact that this will take time.

While one might not think two years is a long term as it pertains to life challenges, for my friend it seemed like a lifetime.

Actually, a lifetime was involved because that’s how long it had taken her to get to this point.  Francis was married for 25 years to an alcoholic, abusive, gambler.  Over that period of time, Francis had two children and spent all her efforts doing what most women in her situation do – hide and make every effort to keep the peace.

Over time, however, the situation became unbearable and Francis knew she had to take some action.  But, with years of abuse having eroded her confidence and ability to make decisions, Francis had to lean on someone for help.

I had been dialoging with Francis on the phone for some weeks about her situation, but the time had come for me to meet with her face to face.   When I saw her, I knew I was fighting for her life.  Her eyes were blank, her spirit was all but destroyed, and her ability to make even simple decisions was lost.  She needed a miracle.  A miracle happened, but it didn’t happen overnight.

2.  Look up from rock bottom toward the presence of Christ.

That first night, after Francis went to sleep, I sat at the table staring at the mounds of paperwork and overdue, unopened bills piled in front of me.  I was overwhelmed, and I could only imagine how Francis felt.  I put my face in my hands and cried.  I told Jesus that this was more than I could handle – He was asking too much.

3.  Share your moment of greatest need with Christ on the cross.

After telling Jesus that this was more than I could handle, something amazing happened.  At that moment I felt Christ’s presence in the most profound way – I felt His pain on the cross and knew he was at my side.  From that moment on, I resisted the temptation to give up and put all my faith in Him to get Francis and me through what was to become a two year process of bankruptcy, divorce, and rebuilding a life for Francis.

4.  Believe that Christ will not fail you and He will not allow you to fail.

The situation seemed so incredibly hopeless and when I look back I realize that in many ways it was, except for one.  Christ was not going to allow us to fail.

So, how did we handle all the logistics, the disappointments, the pain, the abuse that continued, the reality of a life without any way of self support?  We did it through prayer and the firm belief that God would not let us down.

Each time Francis called me to say there was a setback, which happened often, I prayed and stood firm on God’s promise that good would come from it, and it did.  He showed us time and time again that He was there with us and we could not give up the good fight.

6.  Distinguish between the truth and lies.

When Francis cried and said nothing was ever going to be ok, I told her that was a lie and she had to pull herself out and believe in God’s promise.  I’d remind her of the things that had occurred that God had already done to get us to a certain point and she would hold on for another day, putting temptation at bay.

7.  Cling to the Scriptures.

This scripture passage helped me find strength when I felt it difficult to go on:

“He gives strength to the weary and increases the power of the weak.  Even youths grow tired and weary, and young men stumble and fall; He gives power to the faint,  and to him who has no might he increases strength.  But they who wait for the Lord shall renew their strength;  they shall mount up with wings of eagles; they shall run and not be weary; they shall walk and not faint.

This passage from Luke helped me follow Christ’s example of not giving in to the temptation to look for an easy out or to give in to hopelessness.

The Temptation of Jesus

4:1 Then* Jesus, full of the Holy Spirit, returned from the Jordan River* and was led by the Spirit* in* the wilderness,* 4:2 where for forty days he endured temptations* from the devil. He* ate nothing* during those days, and when they were completed,* he was famished. 4:3 The devil said to him, “If* you are the Son of God, command this stone to become bread.”* 4:4 Jesus answered him, “It is written, ‘Man* does not live by bread alone.’”*

4:9 Then* the devil* brought him to Jerusalem,* had him stand* on the highest point of the temple,* and said to him, “If* you are the Son of God, throw yourself down from here, 4:10 for it is written, ‘He will command his angels concerning you, to protect you,’* 4:11 and ‘with their hands they will lift you up, so that you will not strike your foot against a stone.’”* 4:12 Jesus* answered him,* “It is said, ‘You are not to put the Lord your God to the test.’”* 4:13 So* when the devil* had completed every temptation, he departed from him until a more opportune time.

Prior to the many court appearances that Francis had to do on her own, we would pray specifically for the outcome.  For example, during a hearing regarding a restraining order against her husband, we prayed that God would put obstacles in the way so that her husband’s true character would be evident to the judge.  Her husband showed up apparently high on some substance and the judge gave him his due.  On another occasion, Francis was very nervous about a face to face meeting with her husband and a court representative.  She called and we prayed that the representative would be compassionate toward Francis’ situation.  We prayed that Francis would have courage and be able to look her husband in the eye when required during the meeting.  The outcome was that she did, the representative was most compassionate, and Francis’ husband was unable to make any eye contact with either Francis or the representative. In fact, her husband became very upset, yelled unnecessarily, and his true character was revealed despite the lies he had previously told the court about Francis being the culprit in their marriage.

9.  Continuously encourage each other by thanking God for how far He has already brought you.

Each day, Francis and I would talk, pray, recall how God’s hand was directing every aspect of her situation, thank God for his Grace and his guidance, and ask for the courage, wisdom and perseverance to carry on.  He did not let us down.

Francis is now settled in another state with a man who loves and respects her.  She has a wonderful job with a great organization and is surrounded by good people.  She has her drivers’ license – a great accomplishment after 25 years of being driven around at the mercy of her controlling husband.

If I were to summarize what made this miracle occur, I would say it was faith.  The absolute belief that God would see this through.

Biblical origins and traditional roots of this method of prayer:

Posted in Finding Answers, How To Pray, Life Situations, Praying For Needs and tagged abusive relationship, Christ will not fail you, one prayer at a time
← PRAYERS OF THE APOSTLE PAUL—Ephesians 3-14-21How to Pray for Your Needs →