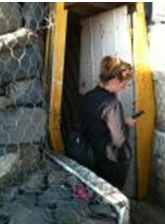 This dealing with insults prayer will help you gain God’s help, perspective and personal affirmation when others insult you.

Insults are defined as disrespectful, scornful or abusive remarks or actions.

This dealing with insults prayer is a guided prayer that will help you talk to God about the specific insults you have suffered and to gain his wisdom on how to handle them.

I thank you that because your son Jesus endured vicious insults during his time here on earth he understands completely what I’m going through.

I pray for your help in handling these insults.

Show me if I should seek prayer support, counseling or professional help in dealing with the stress and emotional toll these insults are making on me ___________________

Please build me back up and encourage me.  I claim these true things about myself from the Bible:

“The Lord will rescue me from every evil attack and will bring me safely to his heavenly kingdom.”  (2 Timothy 4:18 NIV)

“Blessed are you when people insult you, persecute you and falsely say all kinds of evil against you because of me.  Rejoice and be glad, because great is your reward in heaven…”  (Matthew 5:11,12 NIV)

I now put my trust in you, knowing that you are a good God who accepts me, loves me and defends me.

Bible promises to use when dealing with insults

Do not repay evil with evil or insult with insult. On the contrary, repay evil with blessing, because to this you were called so that you may inherit a blessing.  I Peter 3:9 NIV

Do not cover up their guilt or blot out their sins from your sight, for they have thrown insults in the face of the builders.  Nehemiah 4:9 NIV

If an enemy were insulting me, I could endure it; if a foe were rising against me, I could hide.  Psalm 55:12 NIV

for zeal for your house consumes me, and the insults of those who insult you fall on me.  Psalm 69:9 NIV

Fools show their annoyance at once, but the prudent overlook an insult.  Proverbs 12:16 NIV

“Hear me, you who know what is right, you people who have taken my instruction to heart: Do not fear the reproach of mere mortals or be terrified by their insults.  Isaiah 51:7 NIV

“I have heard the insults of Moab and the taunts of the Ammonites, who insulted my people and made threats against their land.  Zephaniah 2:8 NIV

Those who passed by hurled insults at him, shaking their heads.    Matthew 27:39 NIV

For even Christ did not please himself but, as it is written: “The insults of those who insult you have fallen on me.”  Romans 15:3 NIV

That is why, for Christ’s sake, I delight in weaknesses, in insults, in hardships, in persecutions, in difficulties. For when I am weak, then I am strong.  II Corinthians 12:10  NIV

Sometimes you were publicly exposed to insult and persecution; at other times you stood side by side with those who were so treated.  Hebrews 10:33  NIV

If you are insulted because of the name of Christ, you are blessed, for the Spirit of glory and of God rests on you.  I Peter 4:14 NIV

“You have heard that it was said, ‘Eye for eye, and tooth for tooth.’[a] 39 But I tell you, do not resist an evil person. If anyone slaps you on the right cheek, turn to them the other cheek also. 40 And if anyone wants to sue you and take your shirt, hand over your coat as well.  Matthew 5:38-40 NIV

Throughout the Bible there are countless examples of how the enemies of God and his people used insults as a tactic to discourage, intimidate and discredit.  A prime example is found in the book of Nehemiah.  Nehemiah was trying to rebuild the walls to protect Jerusalem after a small band of Jewish exiles returned after years of captivity on Babylon.

This didn’t sit well with those in power in the area.  The Bible says:

“When Sanballat heard that we were rebuilding the wall, he became angry and was greatly incensed.  He ridiculed the Jews, and in the presence of his associates and the arm of Samaria he said, “What are those feeble Jews doing?…Can they bring the stones back to life from those heaps of rubble – burned as they are.”  (Nehemiah 4:2 NIV)

Although the insults, threats and plans to attack continued, the people prayed and continued the work with spears in their hands.  After much persecution, the walls were finally finished and the Bible says, “So the wall was completed…when all our enemies heard about this, all the surrounding nations were afraid and lost their self-confidence, because they realized that this work had been done with the help of God.”  (Nehemiah 6 :15,16 NIV)

The bottom line about the tactic of insults the devil uses against God’s people is this.  In the end, they are the ones who will become intimidated and discredited when God’s truth becomes evident in the end.

Jesus was the target of malicious insults throughout his ministry.  Because the religious leaders of his time felt Jesus was a threat to their authority and status, they said everything they could to discredit him.  Jesus was insulted by being called a law breaker (Mark 3:1-6), blasphemer (John 10:33), an associate of sinners, (Luke 5:30), a glory seeker (Luke 19:39,40) a deceiver (John 7:47), out of touch with reality (Matthew 9:24), a glutton and a drunkard (Matthew 11:19) possessed by an evil spirit (Mark 3:30) and even the devil himself (Luke 11:14,15) .

After they had arrested and condemned Jesus they used cruel, mocking actions to insult Jesus.  “They spit in his face and struck him with their fists.  Others slapped him and said, ‘Prophesy to us, Christ, Who hit you?’”   (Matthew 26:67,68 NIV)

While dying on the cross, Jesus was publicly bombarded with insults from nearly everyone present including the soldiers, the chief priests and teachers of the law, by those passing by and even by the other thieves who were being crucified alongside him.  (Matthew 27:27- 31; verses 38-44)

The Bible does not record Jesus becoming angry and reacting with emotion when insulted.  Jesus was often insulted during conversations with the religious leaders which were meant to trap him into committing blasphemy or to discredit him.  In these conversations, Jesus replied with truth and insight.

Jesus didn’t let their insults intimidate him or affect the way he lived or ministered.  Jesus acted with purpose and conviction, carefully crafting his own life direction and keeping a strong sense of his own identity and destiny based on God’s overall plan.  As an example, he went to Jerusalem knowing that the religious leaders were lying in wait for him.

During his arrest, trial and crucifixion, Jesus endured enormous verbal and physical insults without commentor resistance because of his own sense of mission that these things had to be endured to fulfill prophecy.

About this dealing with insults prayer

Here are some of the issues we face today handling insults

The growing problems on social media with insults

Psychologists tell us that insults often arise out of the person’s need to set themselves above others status wise.  By putting you down they are trying to establish their superiority.

Status insults have become particularly nasty these days on social media where people can insult others anonymously.  This leaves those insulted with no ability to defend themselves or to hold the other person accountable.

Historically, society has created social rules to try and prevent insults and unnecessary conflicts and feuds.  Rules of politeness, respect and civility were established and people were taught to keep from making direct insults to others.

Unintentional  insults   Some insults happen when others speak without thinking how the other person might take their words.  They are unaware that what they’re saying is insulting.

Other times the person being insulted is overly sensitive or has life experiences that others aren’t aware of that cause them to be sensitive in certain areas.

In the case of unintentional insults, the problem can be resolved by taking the other person aside and telling them how their words made them feel.

Insults that are attempting to be humorous.  Teasing is a form of humor that can go wrong when the person being teased feels they are being put down.   Also, a prevalent form of humor these days is “put down” humor where someone puts down others or themselves.

These too, can cross the line.  There’s an old saying that “the truth is often spoken in jest” meaning that insulting humor may be a devious way of bringing a person down a notch.

Insults that are mean spirited.  These are the deadliest type of insults because they are meant to discourage, marginalize, hurt and destroy.

The types of things others insult.  Insults usually target a person’s status by inferring that they are part of the “out” group that is of lower worth.  Status insults can be about a person’s ancestry, lack of prestige or membership in a marginalized group.   Insults also center around sexuality in a shameful or derogatory way.  They can center on physical traits such as fatness or looks.  They can also question a person’s general competence or mental abilities by calling someone stupid or crazy.

How insults are communicated.  Insults can come in the form or words or actions.  Insulting actions include ignoring someone, acting bored, mocking or superior when someone is speaking to them or purposefully excluding them from conversations or gatherings.

Other helpful articles related to dealing with insults

Prayer when someone is lying about you

Praying for daily struggles with forgiveness

Prayer for emotional well being

Praying for the person who has hurt you

Posted in Life Situations and tagged dealing with insults