All parents wonder, “Where did I go wrong?” when their child does not live as if they have been parented well.  This is a prayer of encouragement for us as parents when we face disappointment about the questionable choices our children make.  This prayer can also give parents encouragement and trust when launching their child out into the real world.

Receive Encouragement from the Bible for Parents that God Hears Our Prayers for Our Children.

Over the last few weeks I’ve had the opportunity to study the life of Samson.  As I began to read the Scriptures, a story within Samson’s story unfolded before me and my recently bruised parental heart received a much needed dose of encouragement.  My daughter was with a group of other college friends when one person in the group decided to ignore one of the safety rules.  The whole group was held accountable.  I knew that on any other campus without these specific rules these actions wouldn’t even have been noticed, but I was disappointed that she had chosen go along with the crowd and not respect the rules when their intent was to protect her.  In my current circumstances and through this study God enlarged my view of Who He is.  But he had set the stage for this lesson when I was just a little girl.

Samson’s father, Manoah, wanted desperately to be a good parent.  And I would venture to say that he was.  But if you know anything about Samson’s life, he did not live as though he had been parented well.  His story is told in Judges chapters 13 through 16.  He appears arrogant, self-willed, self-indulgent and disrespectful to his parents.

When I was a little girl I took every opportunity I was offered to spend the night at my grandmother’s house.  And I don’t remember a single time I was there that she didn’t get down on her knees, in her nightgown, and pray before we got into bed. She prayed about everything, including salvation for my mom and dad.  My Grandmother died in 1989 never having seen those prayers answered.  But several years after her death I saw them answered when both my mother and father came to know Christ as Savior.

We may not see the fruit of our prayers but they don’t die with us.  God will continue to answer our requests long years after we have offered them up to Him.  God can be trusted not only with what we get to see Him do, but we can know that He will continue to fulfill the desires of our hearts even after we leave this world.

I wonder if Manoah went to his grave thinking he had failed as a father.  I don’t believe he failed because his seemingly wayward son, Samson, is listed in Hebrews 11 as a man of faith who, in spite of his shortcomings and weaknesses and his fateful encounter with Delilah, accomplished great things for God.

God, thank you for the promise of full redemption for us and our children– even after a life of foolish choices.  And thank you for including the life of Samson and his parents in Scripture.

Thank you for the story within the story of Manoah, Samson’s father, who wanted desperately to raise his son up to be the mighty warrior of God that he knew You had called him to be.

Lord, I don’t know anyone who sets out to be a bad parent.  When our children are born to us there is such expectancy and anticipation of who they will become as adults and what great accomplishments they might make.  And then life comes along in the form of

and our hopes and dreams are shattered.  Our tendency is to think, “Where did I go so wrong?  What could I have done differently?”  When all the while, You were right there, molding and shaping the lives of those we love so dearly.  Nothing is too hard for You.  You don’t have to work around a situation.  The diagnosis, the accident, the wrong relationship, the poor choice becomes the very tool You use to teach us life lessons, to draw us closer to You and to make us more like Jesus.

In the midst of all the anticipation and disappointment, may we be faithful to teach our children Your ways, to live godly lives before them as examples, and to pray diligently for them as we launch them out into the world.  And may we understand that long after we have drawn our last breath, You are still able to answer the prayers we prayed for our children years before.

Now Father, take them, our beloved children, and make them Your children.  Enable us to launch them on their own journey of faith with the full confidence that You hear our prayers, that You are faithful and that Your redemptive powers reach beyond our years into the generations to come.

In Jesus’ Name and for His great glory, AMEN!

Psalm 130:7  (ESV)  O Israel, hope in the LORD!  For with Him is steadfast love, and with Him is PLENTIFUL REDEMPTION.

Then Manoah prayed to the LORD and said, “O LORD, please let the man of God whom you sent come again to us and teach us what we are to do with the child who will be born.”  And God listened to the voice of Manoah, and the angel of God came again to the woman as she sat in the field.  But Manoah, her husband, was not with her.  So the woman ran quickly and told her husband, “Behold, the man who came to me the other day has appeared to me.”  And Manoah arose and went after his wife and came to the man and said to him, “Are you the man who spoke to this woman?”  And he said, “I am.”  And Manoah said, “Now when your words come true, what is to be the child’s manner of life and what is his mission?”  And the angel of the LORD said to Manoah, “Of all that I said to the woman let her be careful.  She may not eat of anything that comes from the vine, neither let her drink wine or strong drink, or eat any unclean thing.  All that I commanded her let her observe.” 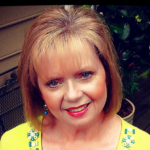 Hebrews 11:32-24 (ESV)  And what more shall I say?  For time would fail me to tell of Gideon, Barak, SAMSON, Jephthah, of David and Samuel and the prophets – who through faith conquered kingdoms, enforced justice, obtained promises, stopped the mouths of lions, quenched the power of fire, escaped the edge of the sword, were made strong out of weakness, became mighty in war, put foreign armies to flight.

How to Pray for Your Children

Praying for children and grandchildren with difficulties

Dianne describes herself as: "A redeemed woman who stands amazed at the grace, goodness and mercy of the One True God, the Creator of the universe; a God Who would passionately pursue a relationship with the likes of me. Wife to Angelo, Mom to Katie, living in Alpharetta, GA."